By Giedre in Wedding Photography on March 21, 2016 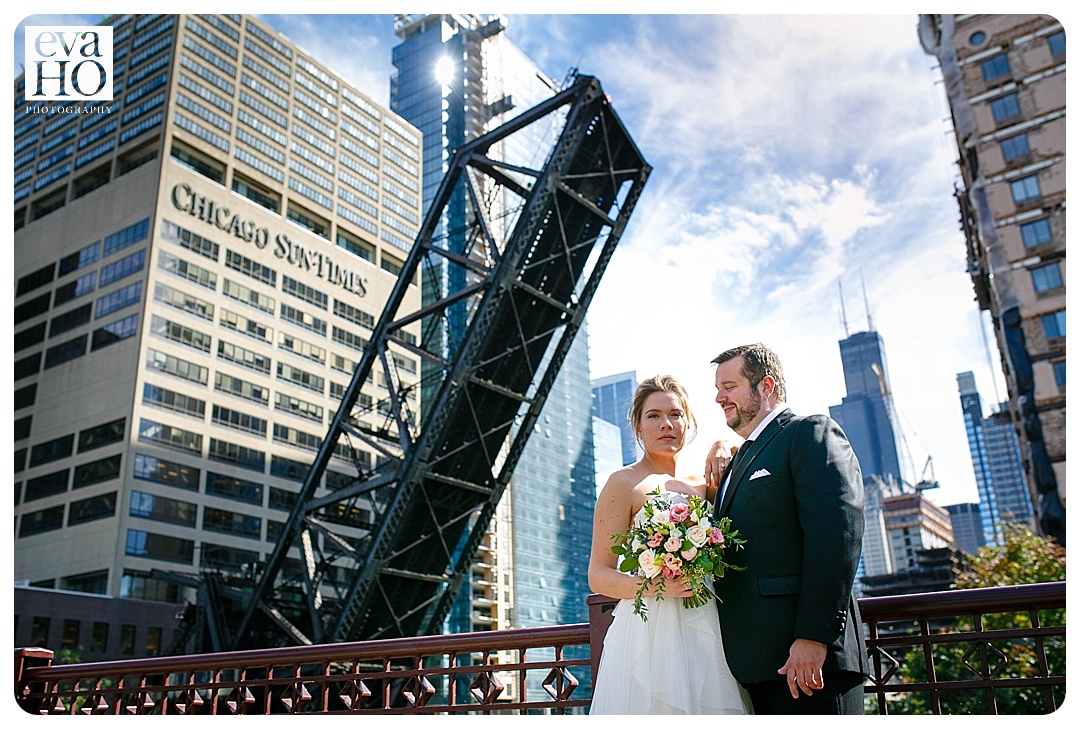 Sharon and Jason were from the East Coast and planned a small, 25-person destination wedding in Chicago, a city they both love. Ironically, only a few months before their wedding, Jason ended up getting a job in Chicago, meaning that they moved to the city a mere three weeks before the wedding date! The wedding day began inside the Grand Terrace Suite of The Gwen, overlooking the Magnificent Mile. After getting ready separately, Sharon and Jason had a sweet first look at the outside terrance before heading out to various iconic Chicago locations for their wedding portraits, including the Riverwalk, a Michigan Avenue median, the Wrigley Building, Olive Park, and the famous Kinzie Street Bridge. After an intimate ceremony at the hotel attended by close friends and family, a trolly transported everyone to Spiaggia for a small dinner reception. I love how family was incorporated into the big day with Jason’s mom both performing songs at the reception and officiating the wedding ceremony as a rabbi! One of the more important aspects of the reception for Jason and Sharon, who described themselves as foodies, was all the beautiful and delicious food.  The most notable dish was the deconstructed cake. Sharon found inspiration in a mix-and-match cake with frosting she was served during her cake tasting and decided to serve that to her guests instead of a traditional wedding cake. The rest of the evening was spent enjoying both the good food and the good company. 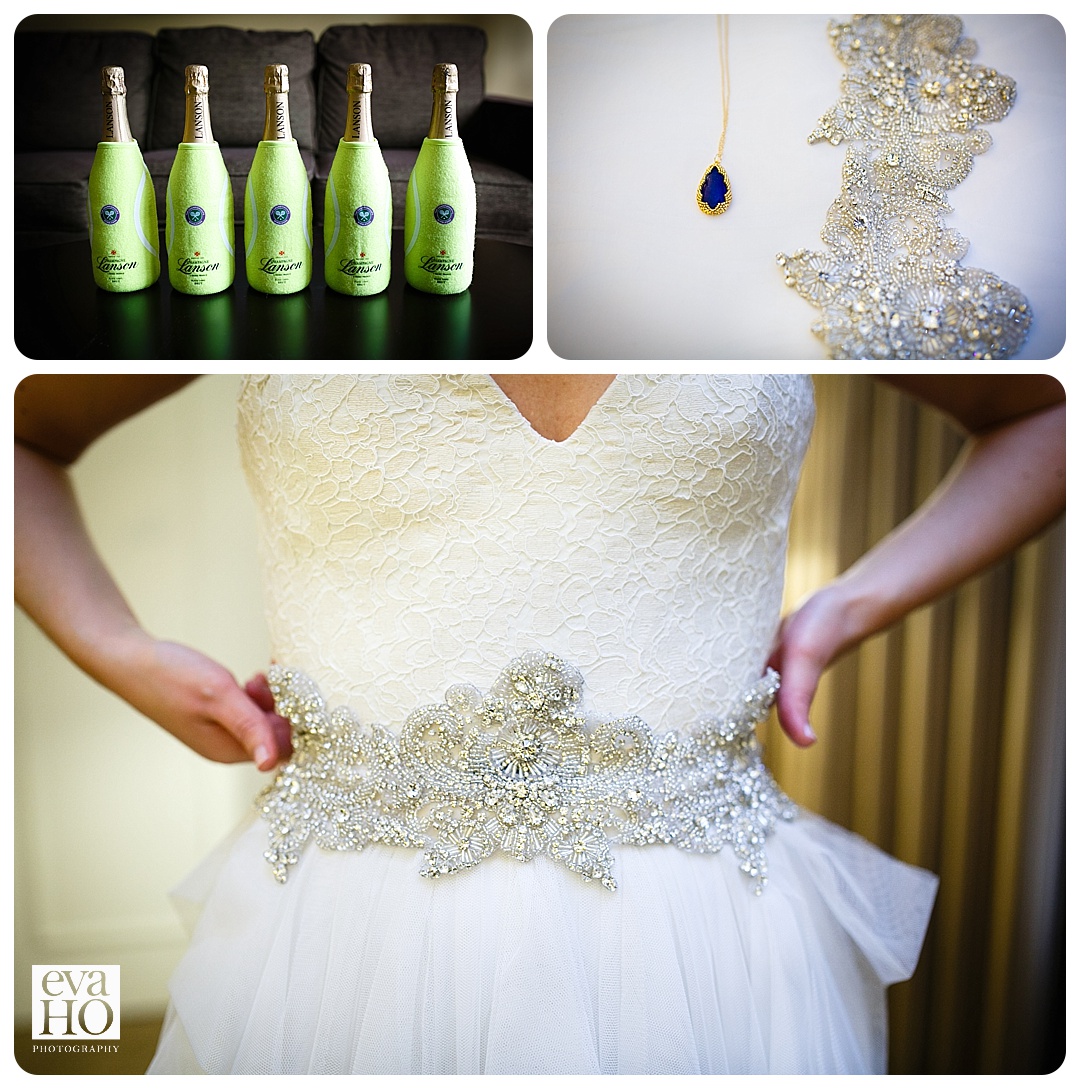 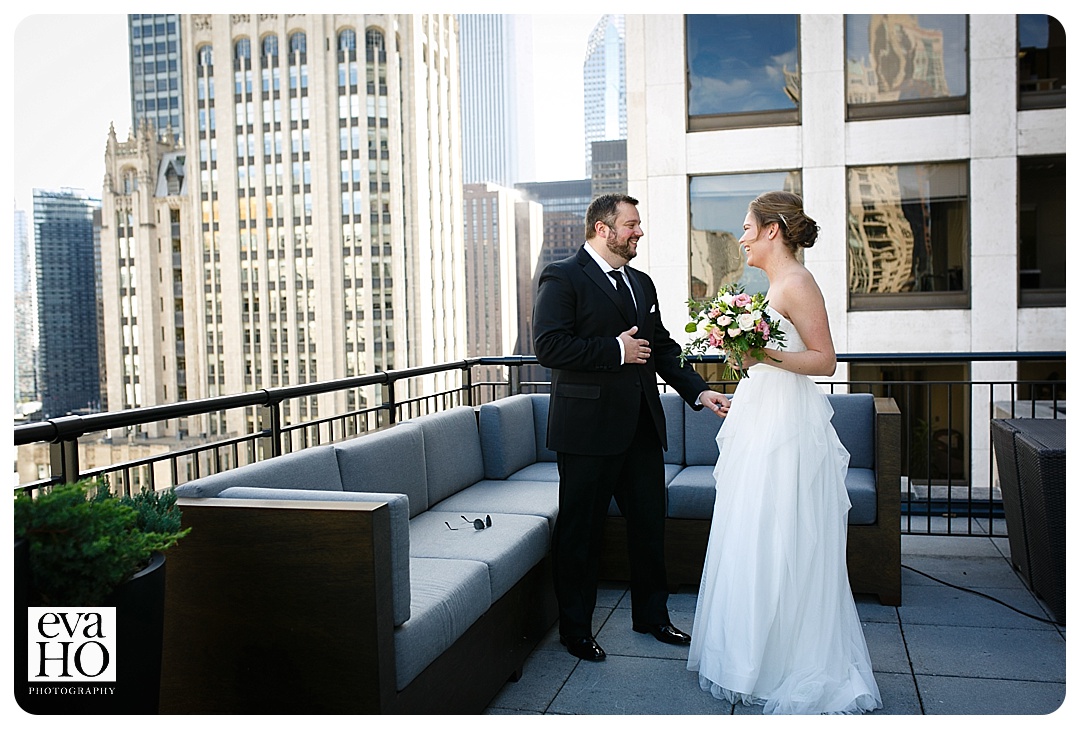 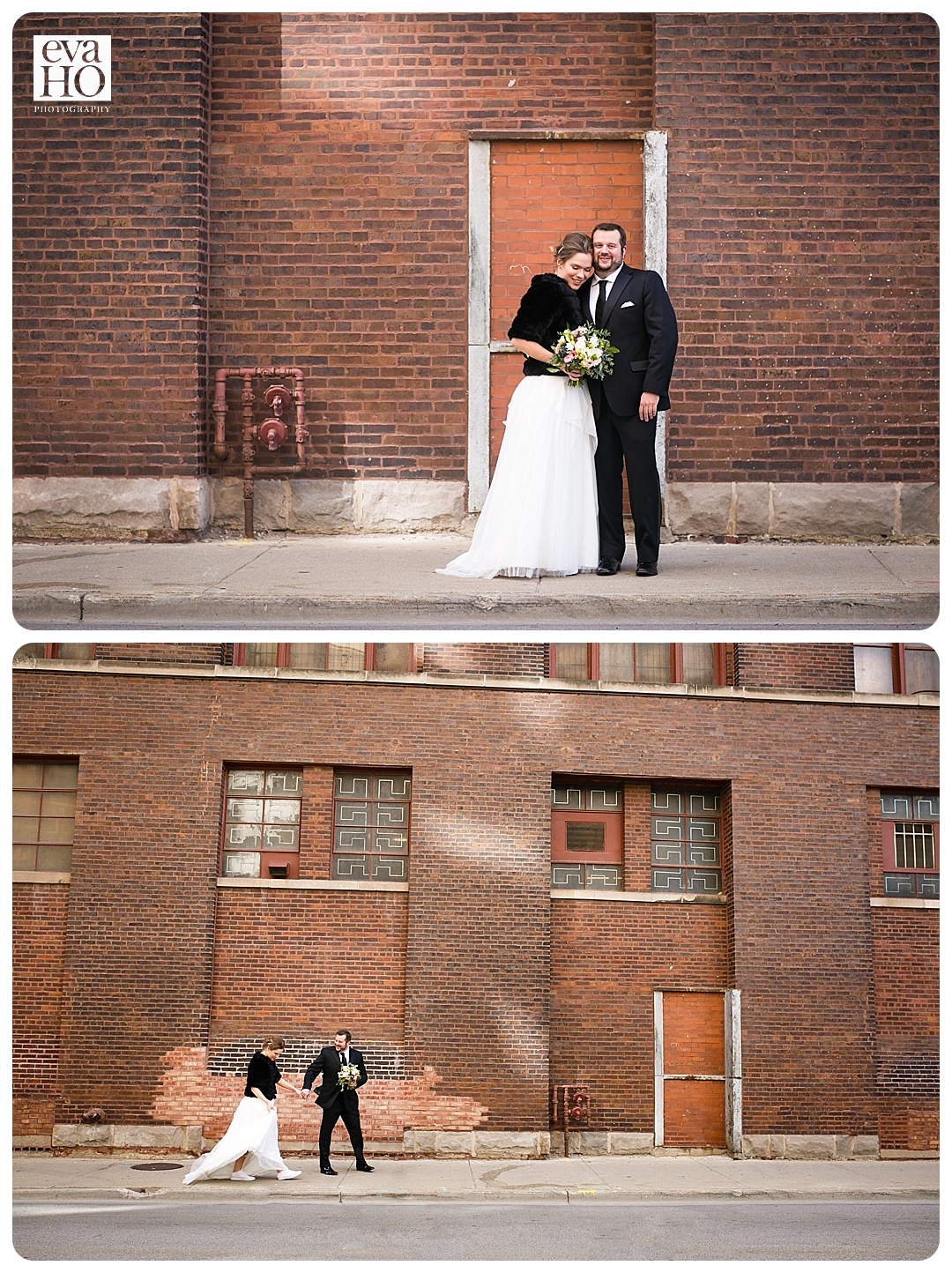 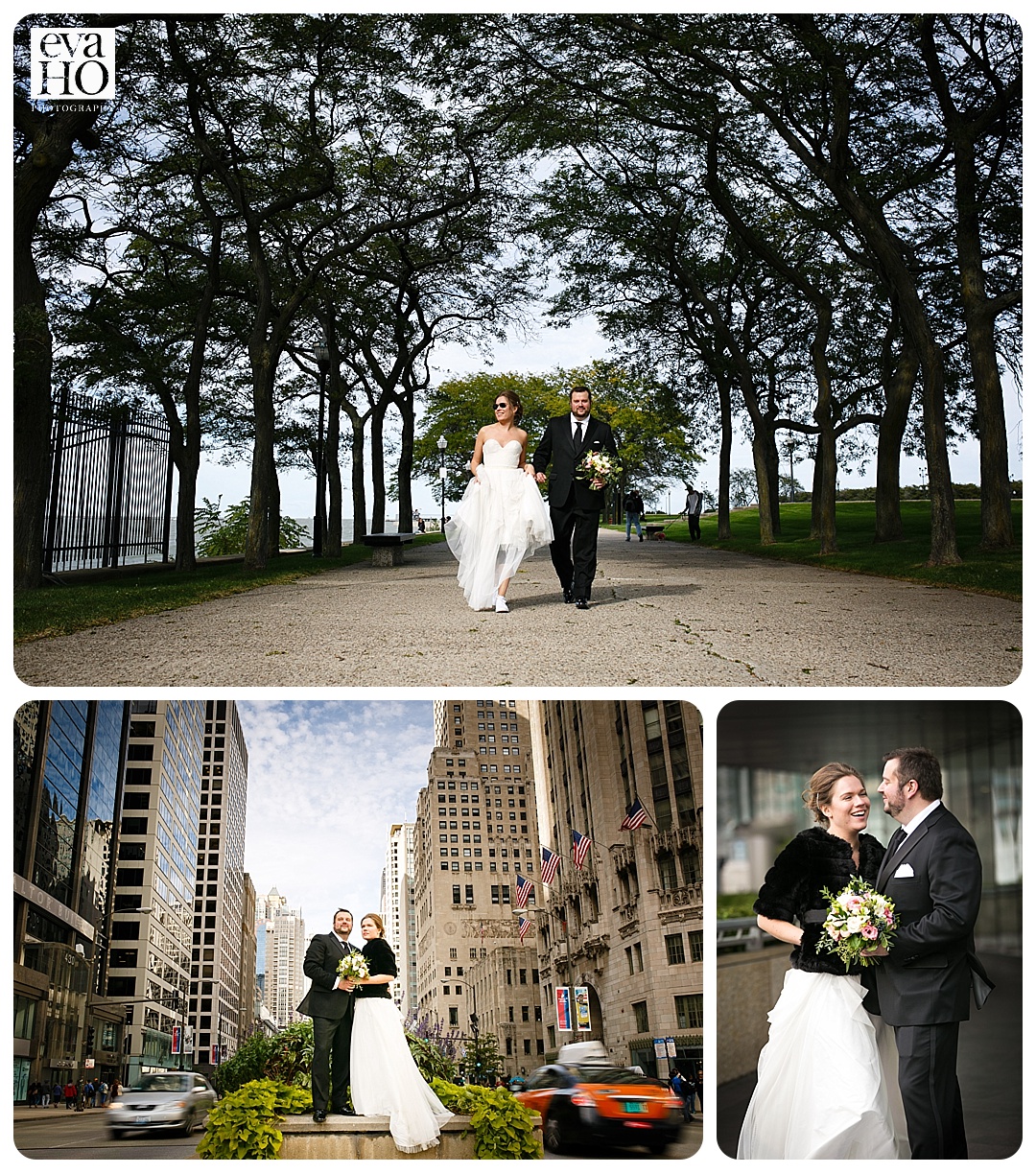 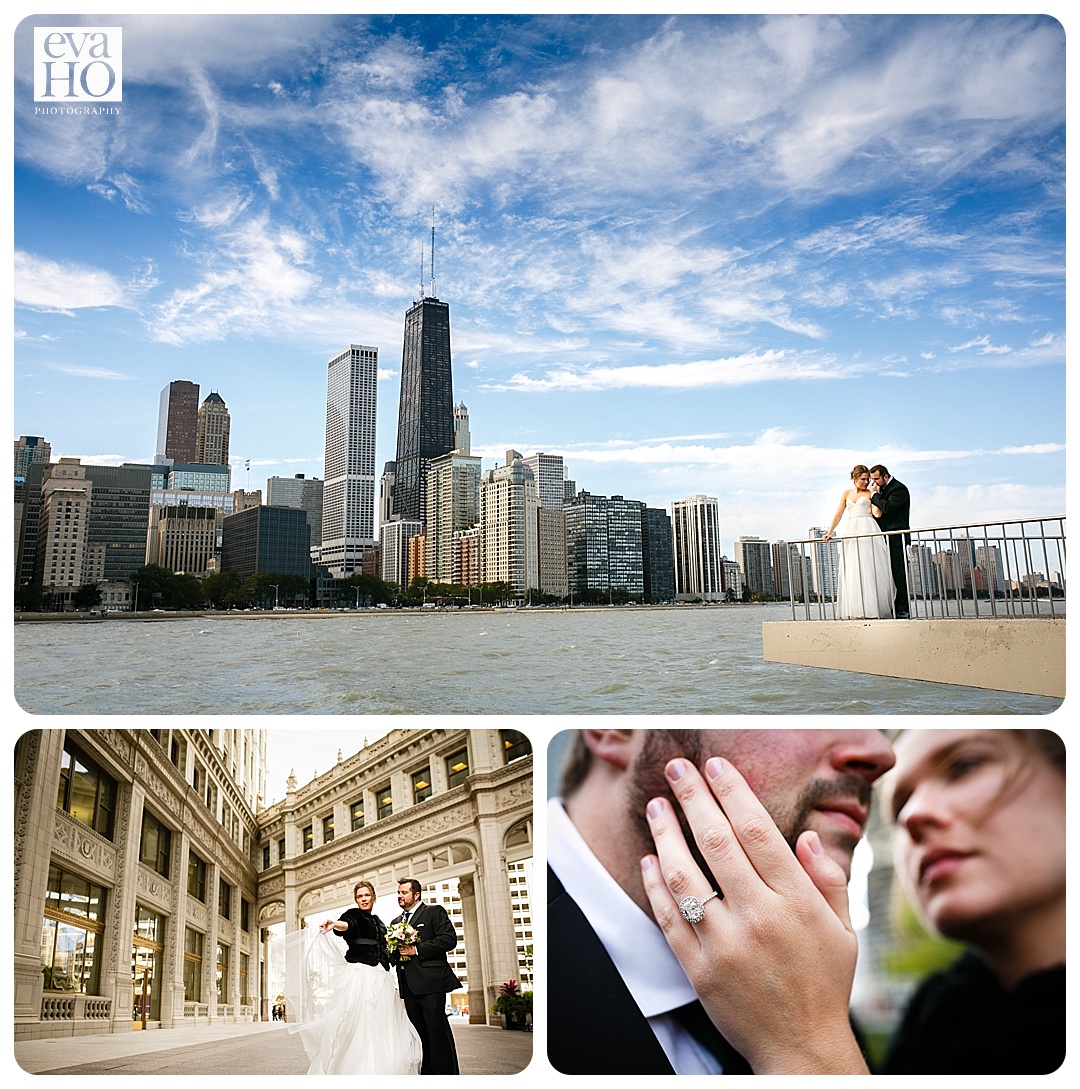 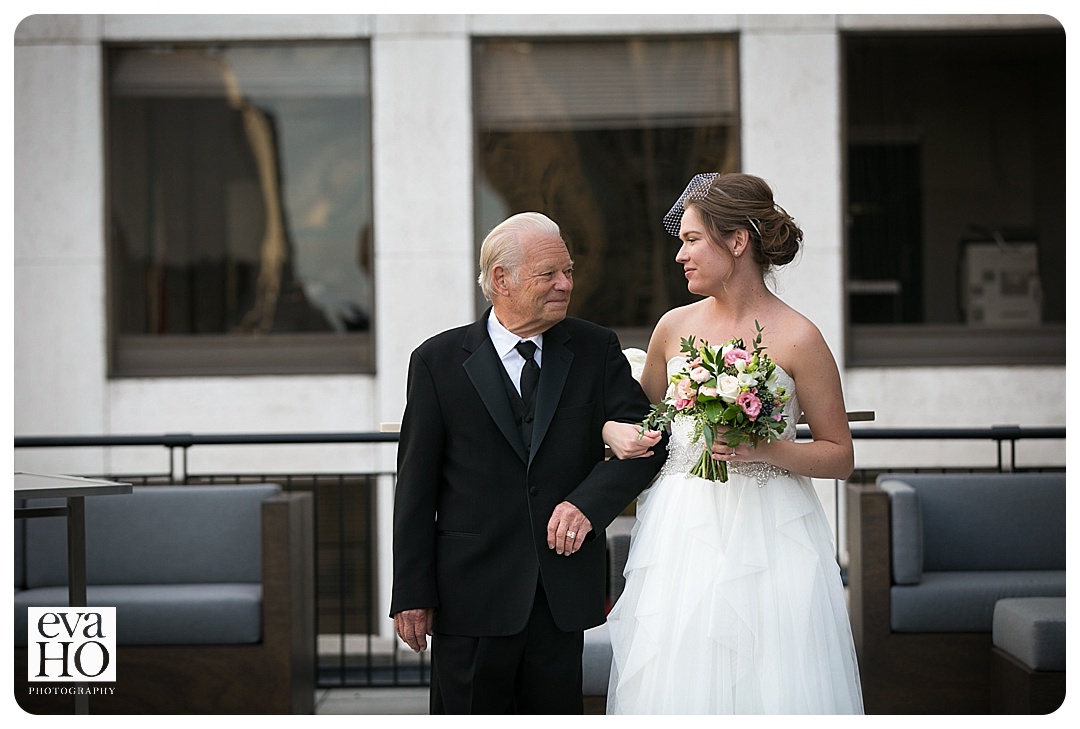 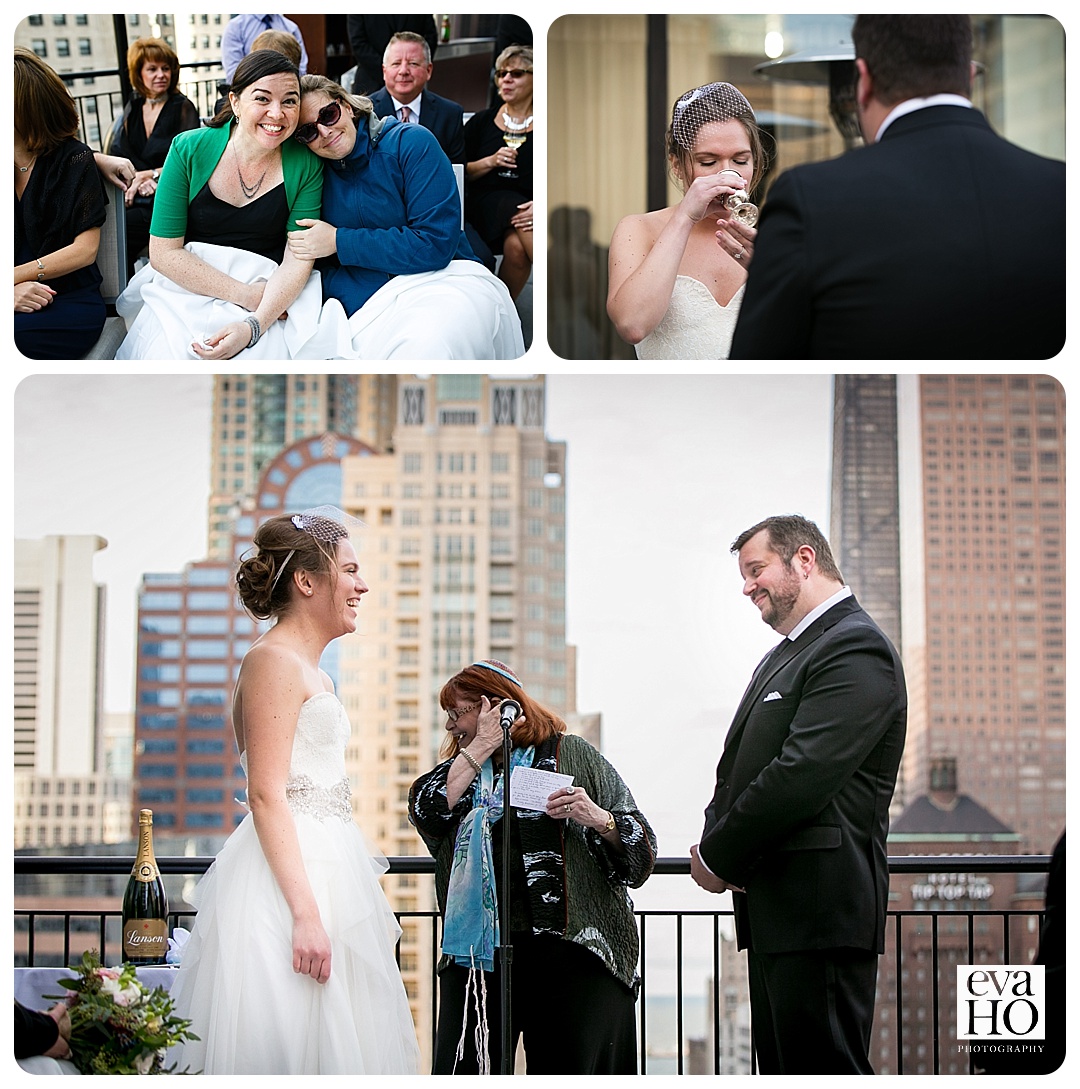 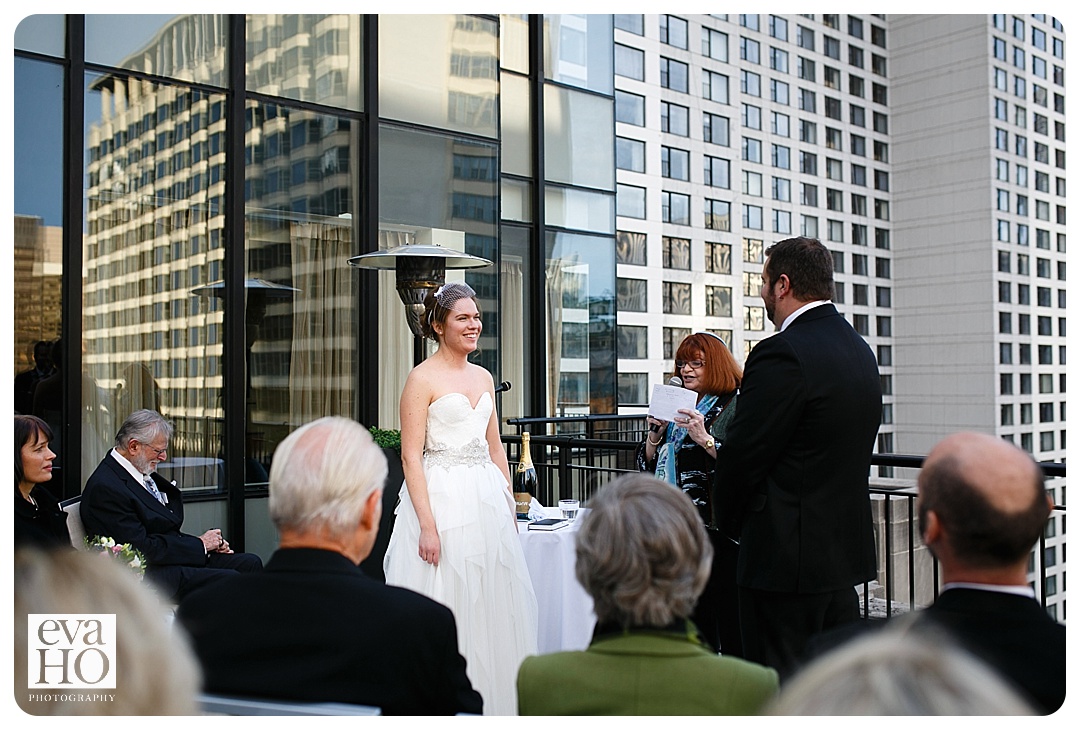 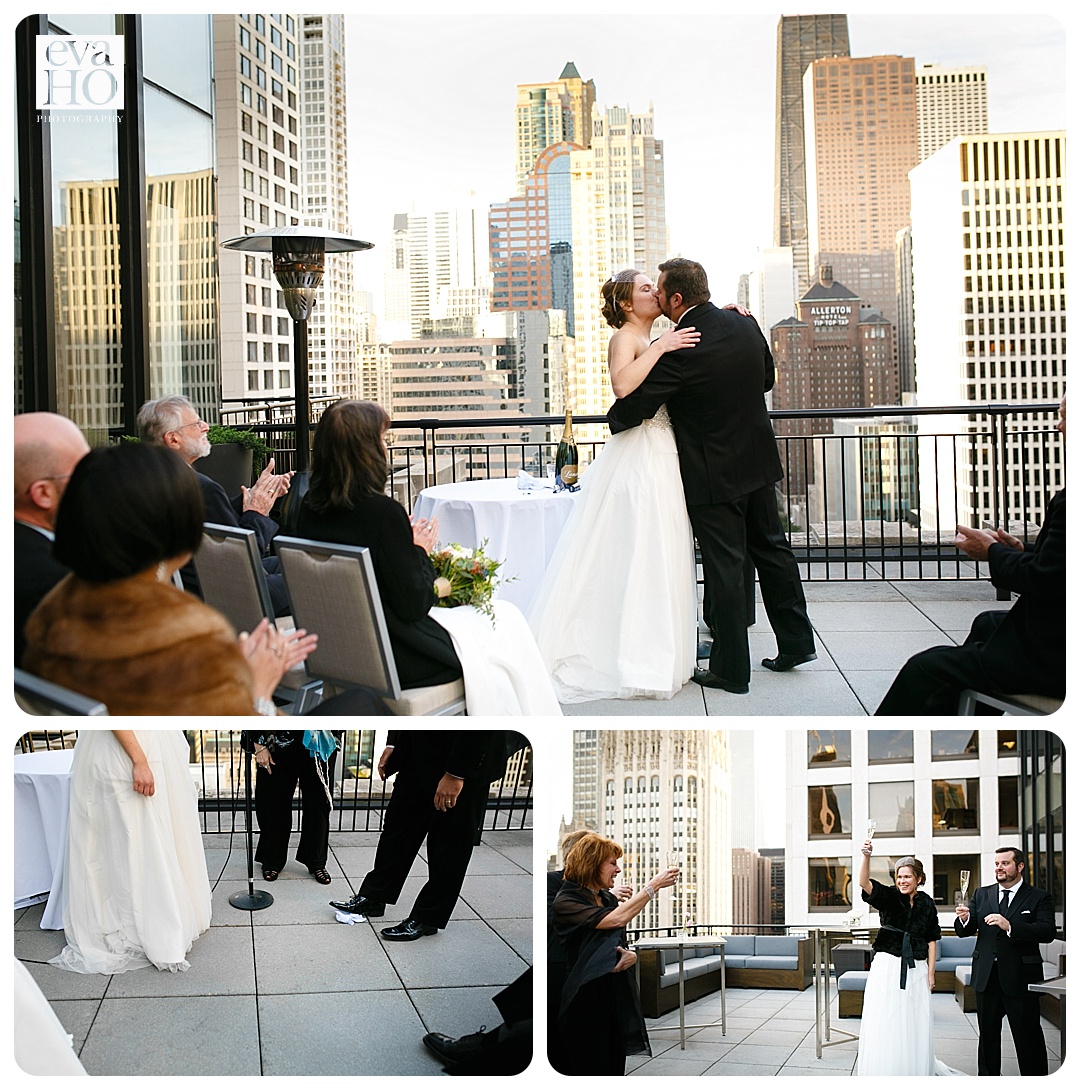 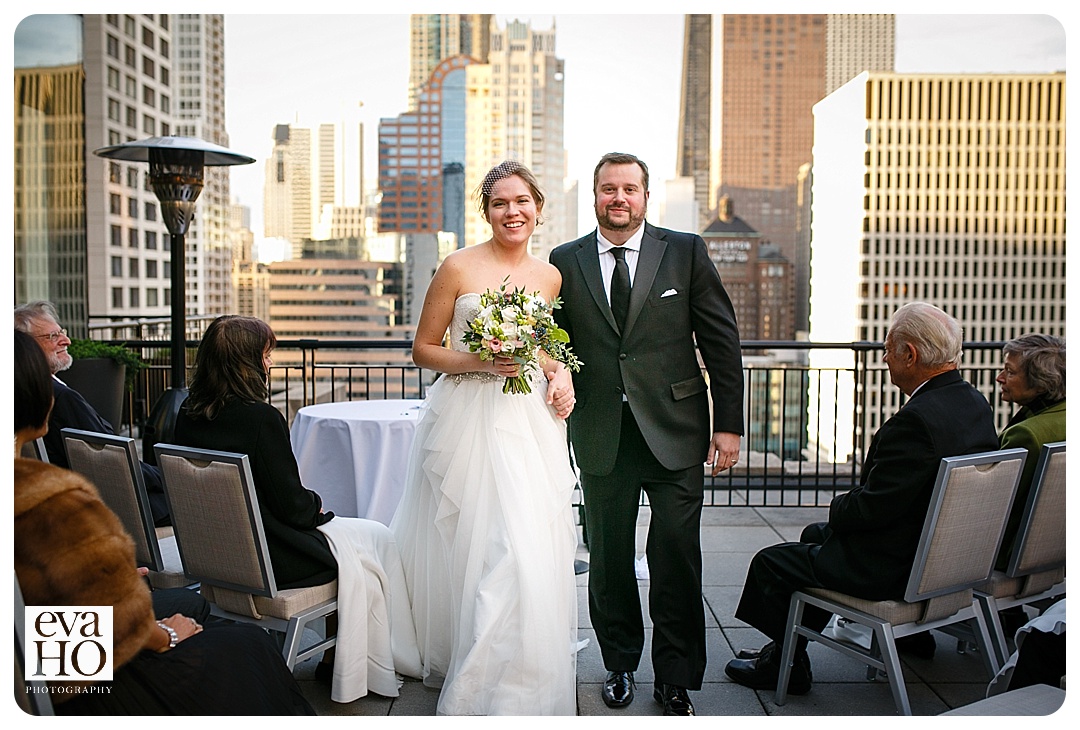 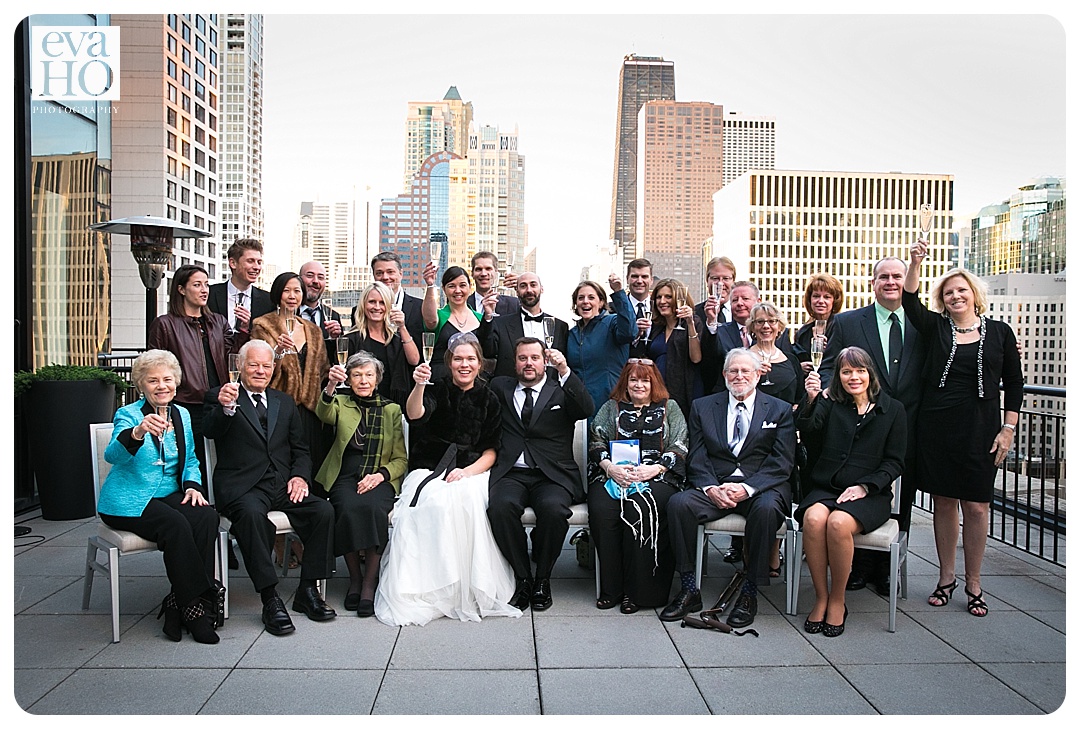 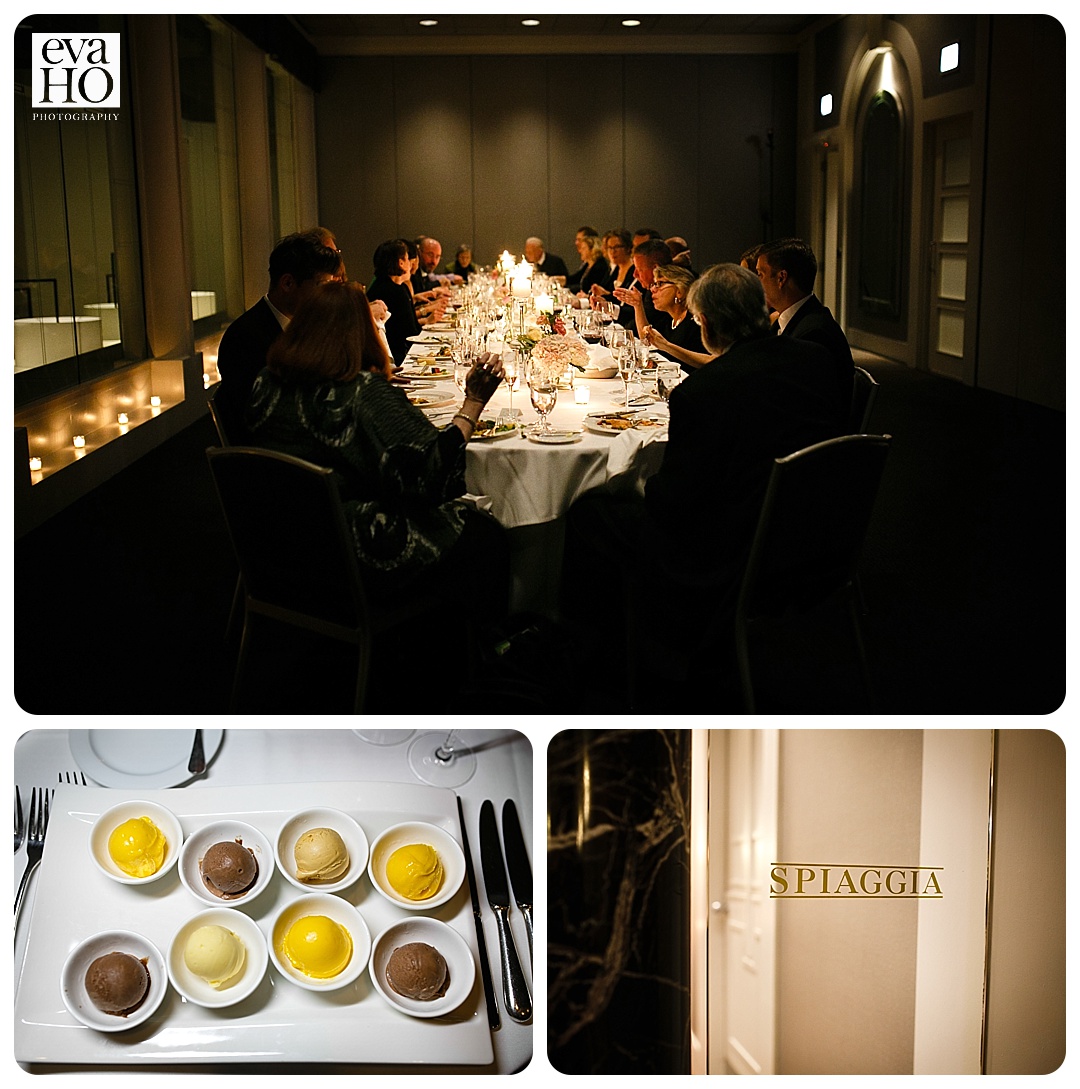 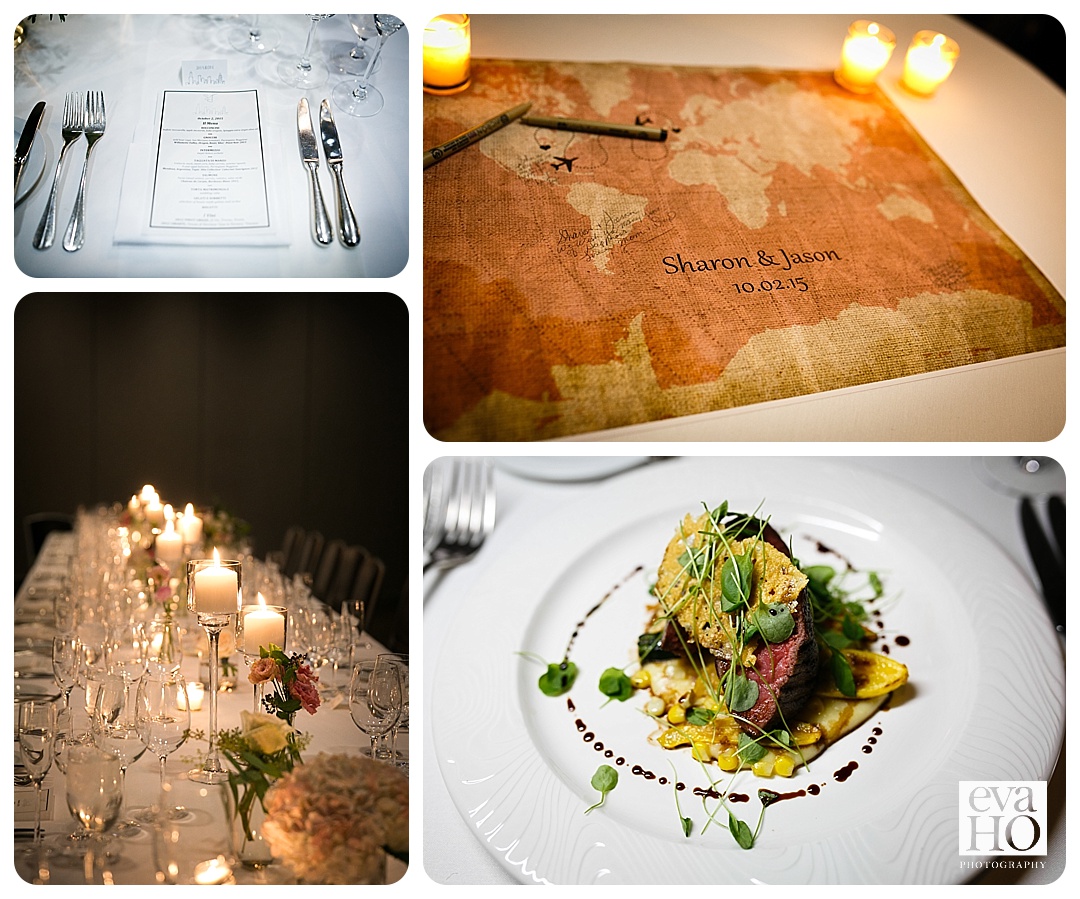 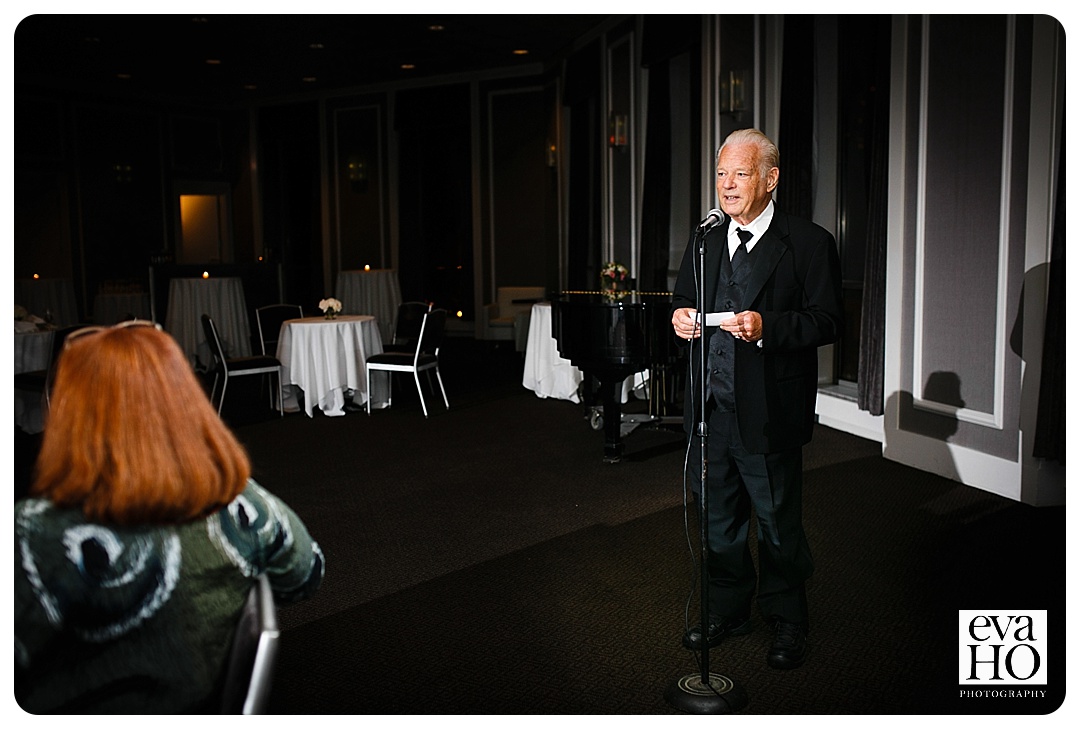 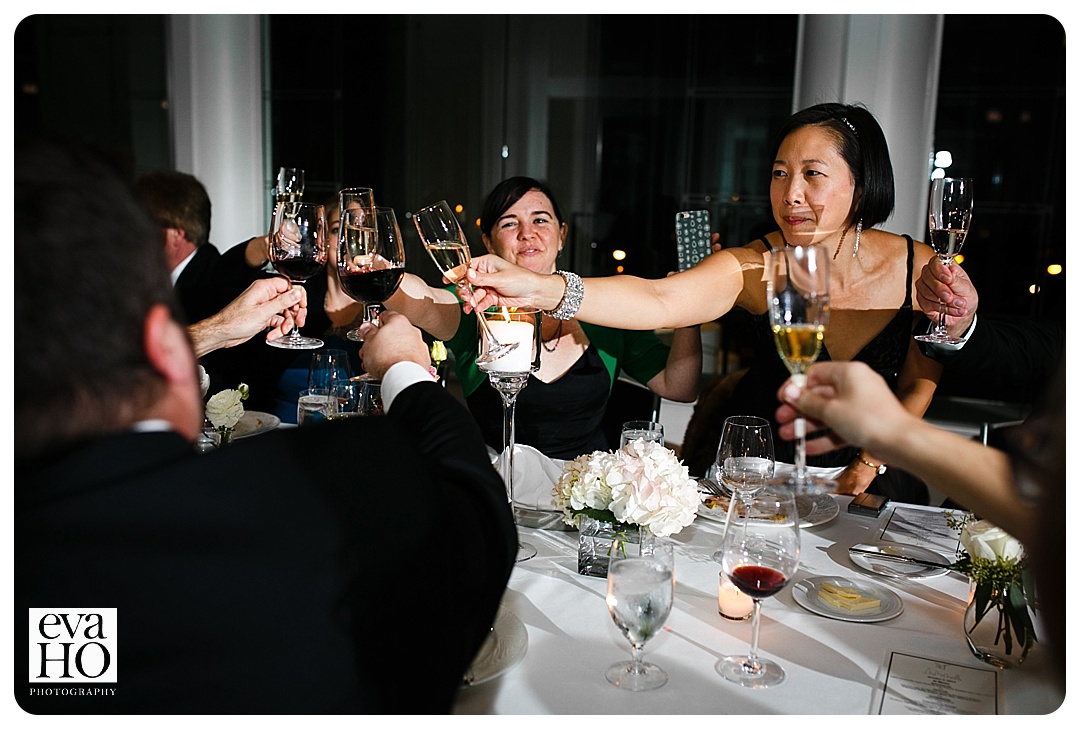 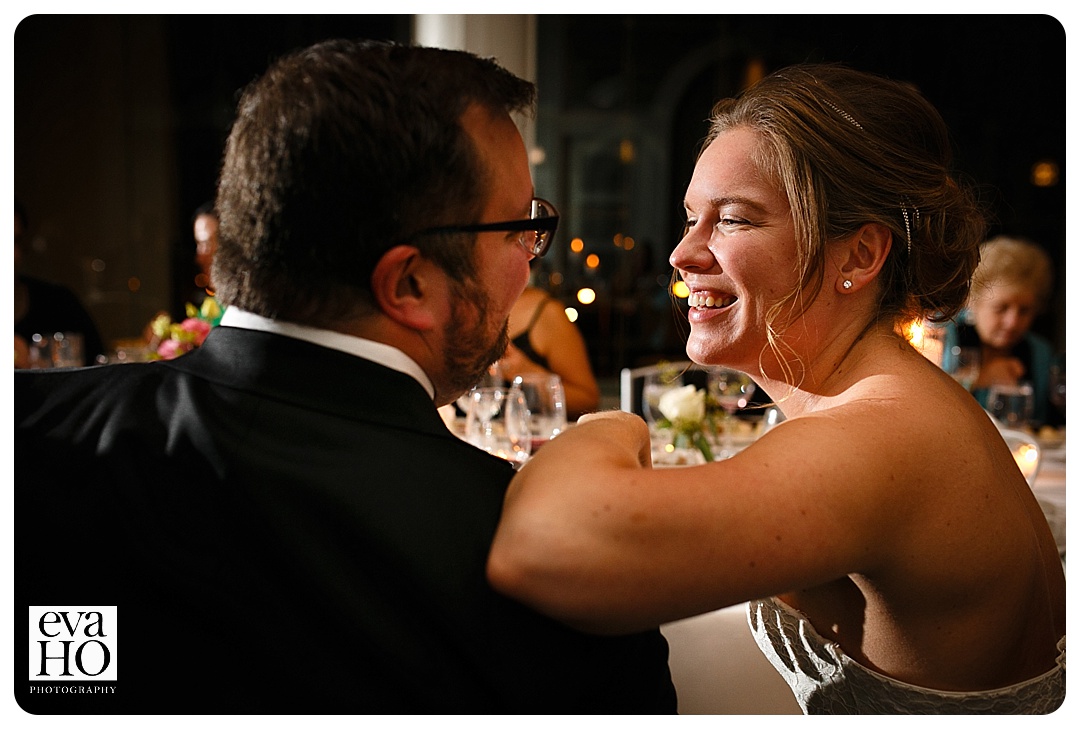